Chocolate-brown thrush with finely scaled white underparts. Very similar to Himalayan and Sichuan Thrushes, with which it was once considered a single species. 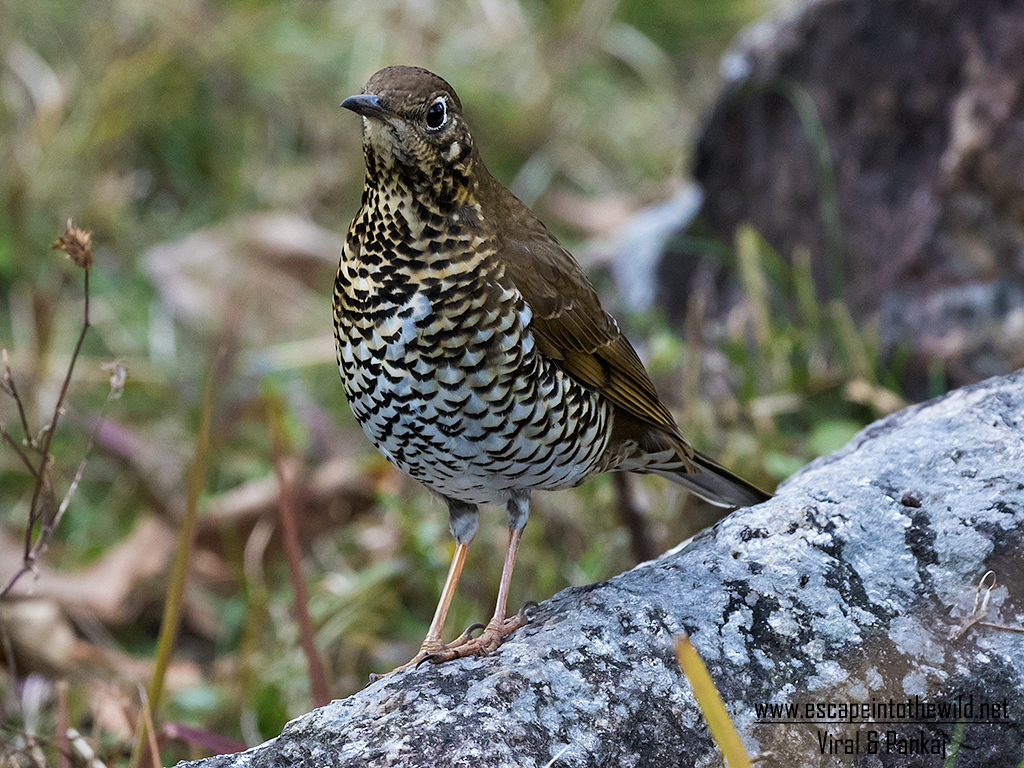 Alpine is shorter-billed than the other two species, with a darker brown forehead than Sichuan Thrush; averages longer-legged and longer-winged than Himalayan Thrush. Long-tailed Thrush can also be similar, but lacks Alpine’s intense throat and chest speckling, and has thin but prominent pale wingbars. 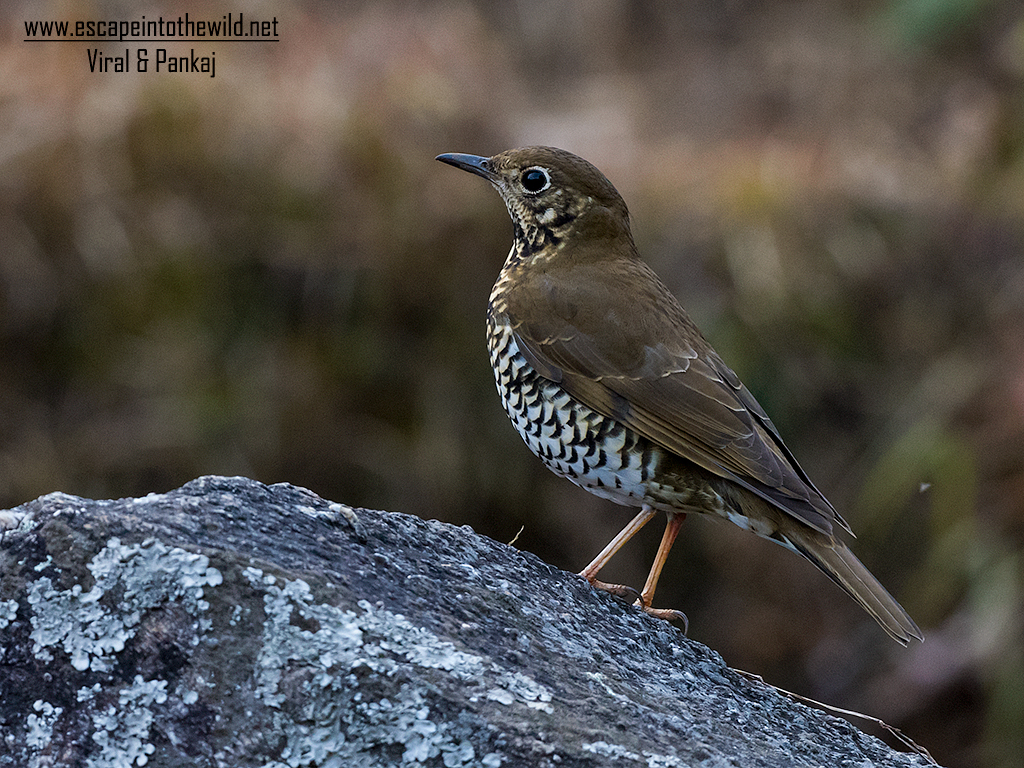 Alpine Thrush breeds in open rocky alpine areas with scattered shrubbery between 3000 and 4500 meters of elevation, though it descends lower into the foothills during winter. 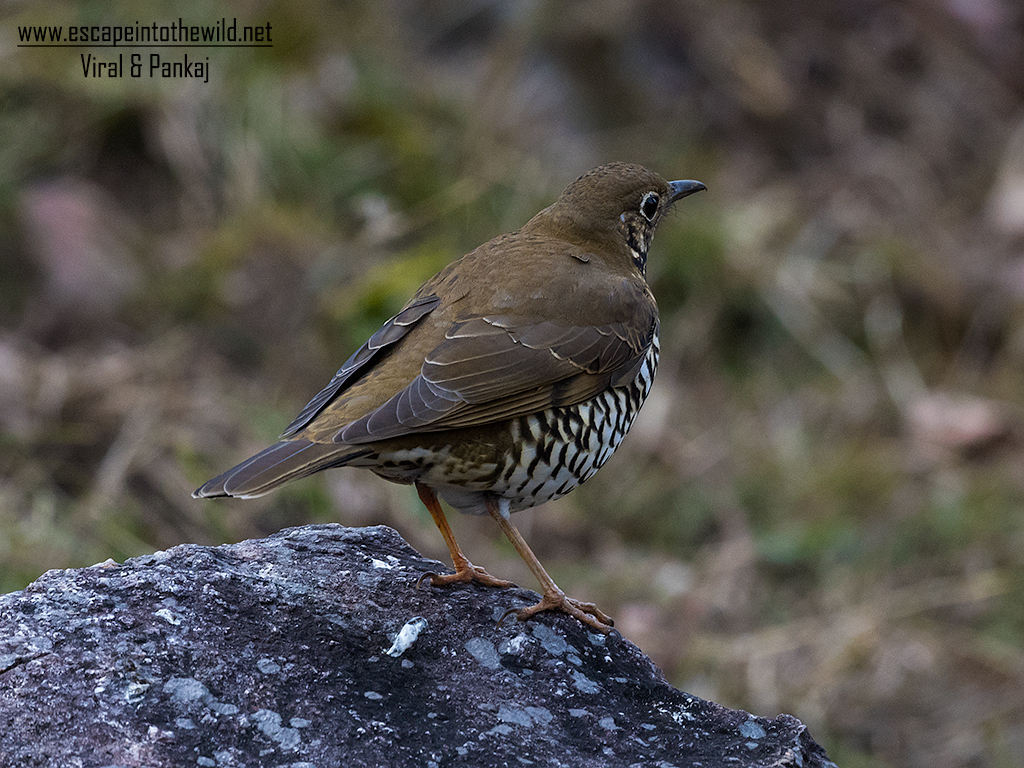 Song is simple but not altogether unmusical, consisting of fluid warbling notes and squeaky grating ones. 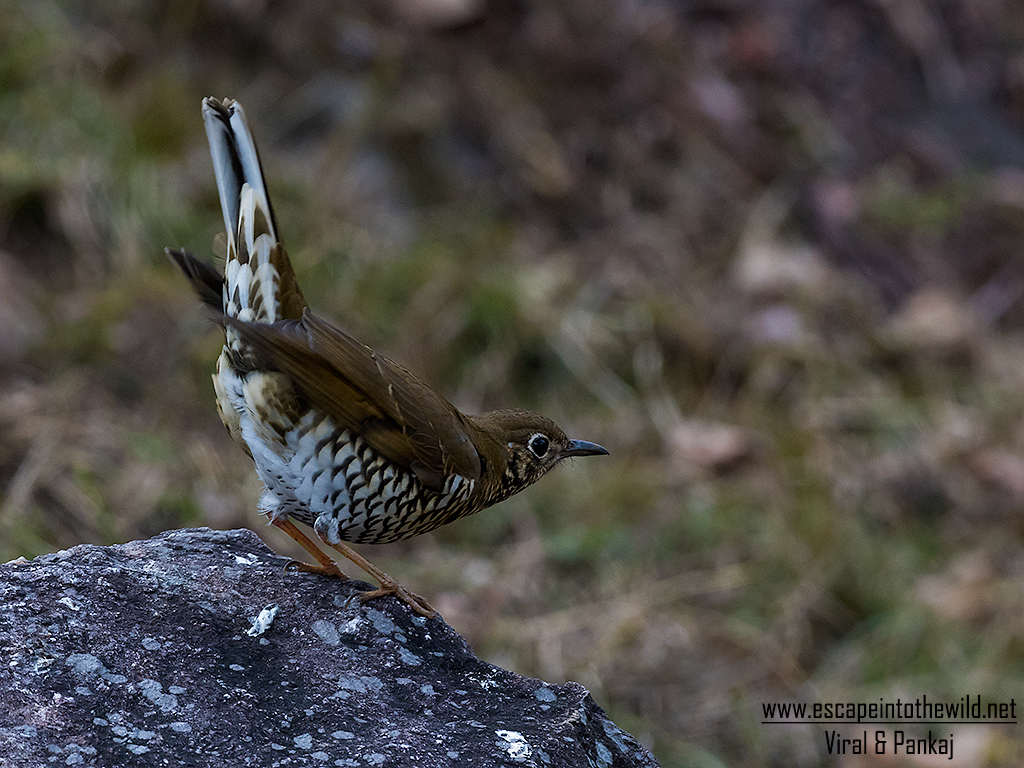