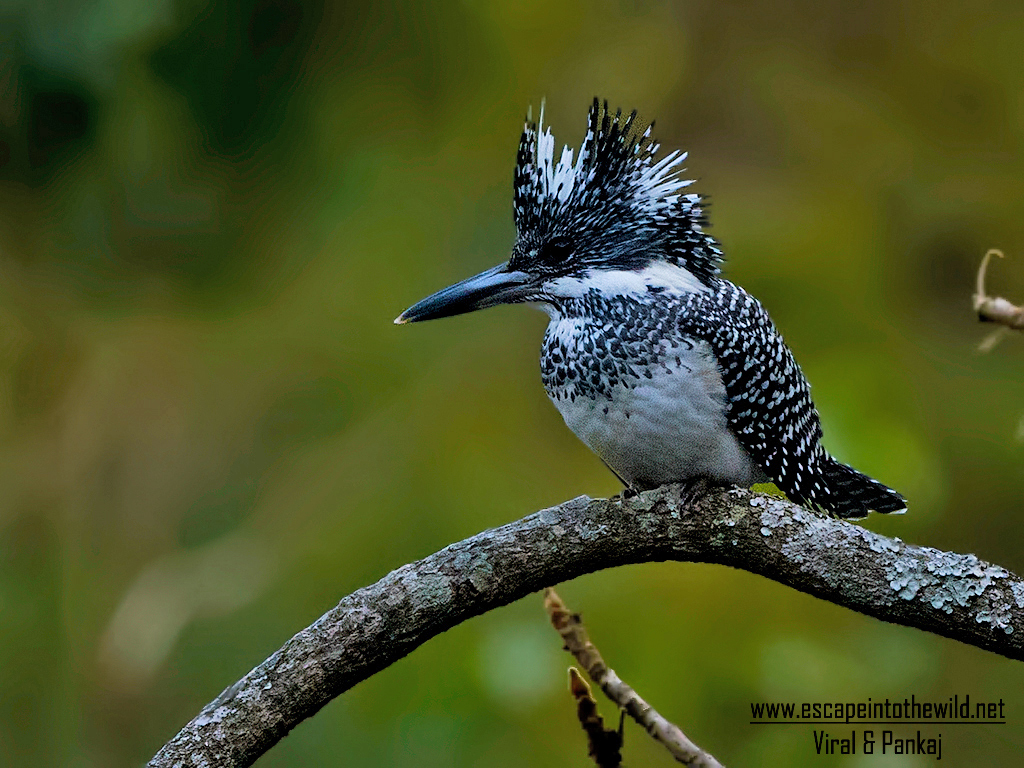 Large thickset kingfisher of fast-flowing streams in forested inland regions.
Dense, fine barring gives it a silvery appearance at a distance; this finer patterning, along with its large, shaggy crest, distinguishes it from the similarly black-and-white Pied Kingfisher.
Often uses exposed perches, such as telephone lines and tall snags, from which it often gives its loud rattling call.