By Pankaj Maheria July 25, 2018
One evening we heard shrill calls of squirrel, so we went outside to see why it give call. When we went outside, we saw that a Common Myna poaching the baby squirrel. Baby squirrel is still alive, one adult squirrel was nearby trying save baby and making loud calls. We just rush back inside our house to fetch camera. Meantime the Red-naped Ibis took charge of baby squirrel from Common Myna. 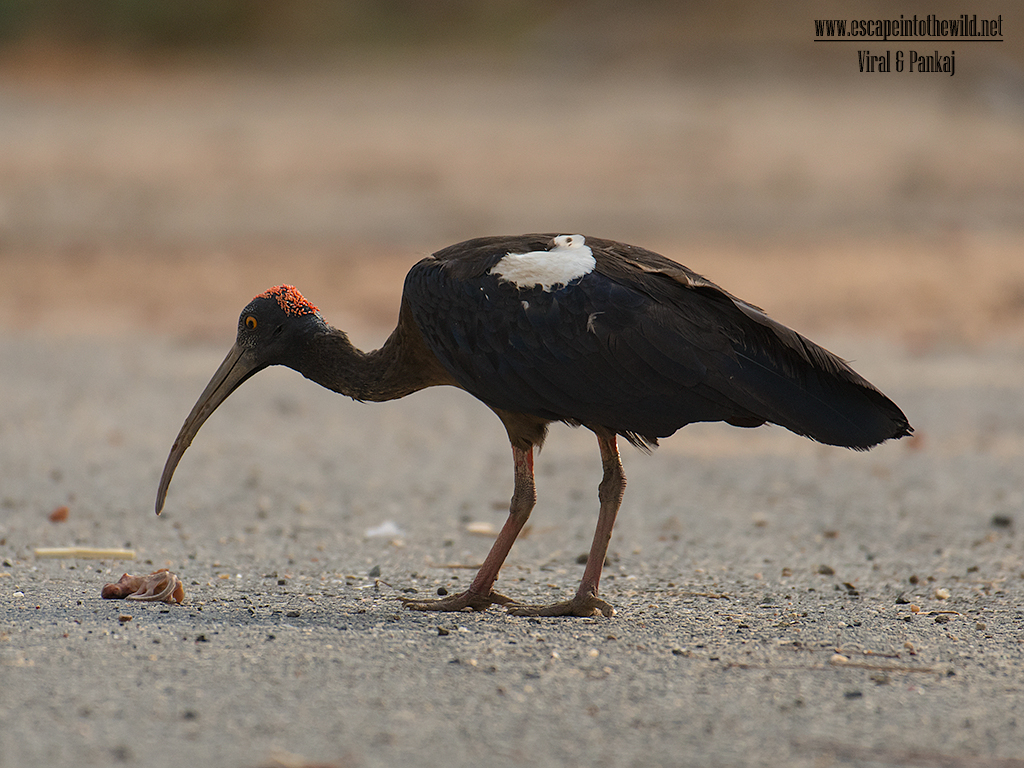 Red-naped Ibis move little away, first its try kill the baby squirrel by the thudding it on ground many times. 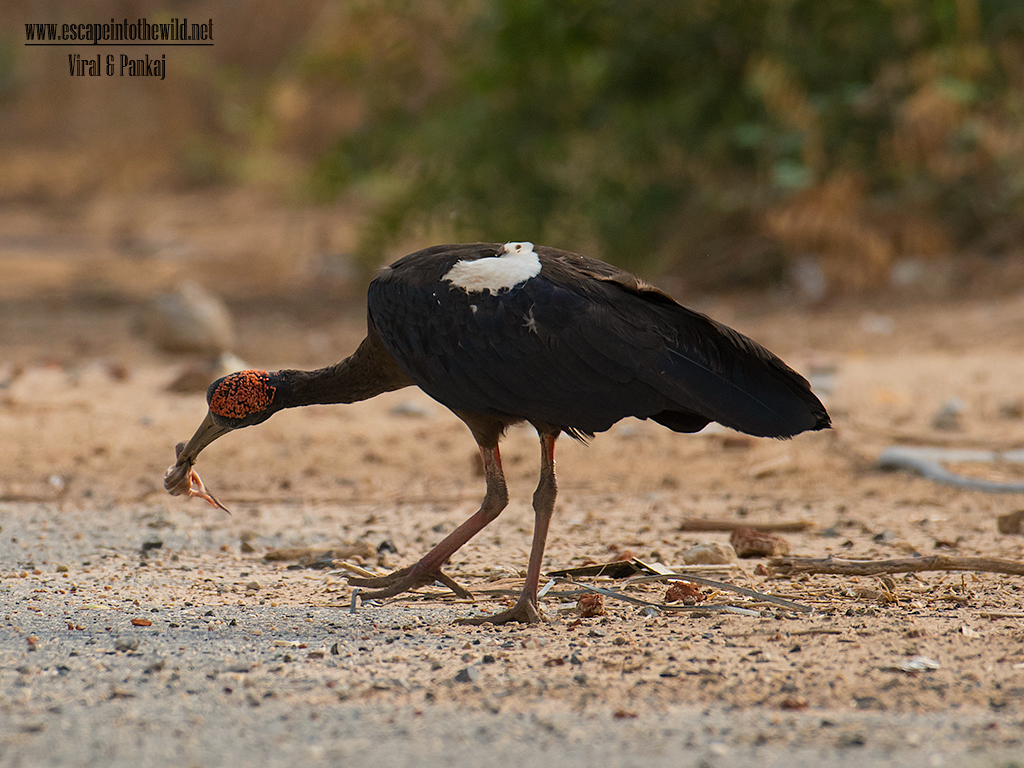 Once the baby is immobile, it’s adjust the prey in its long beak 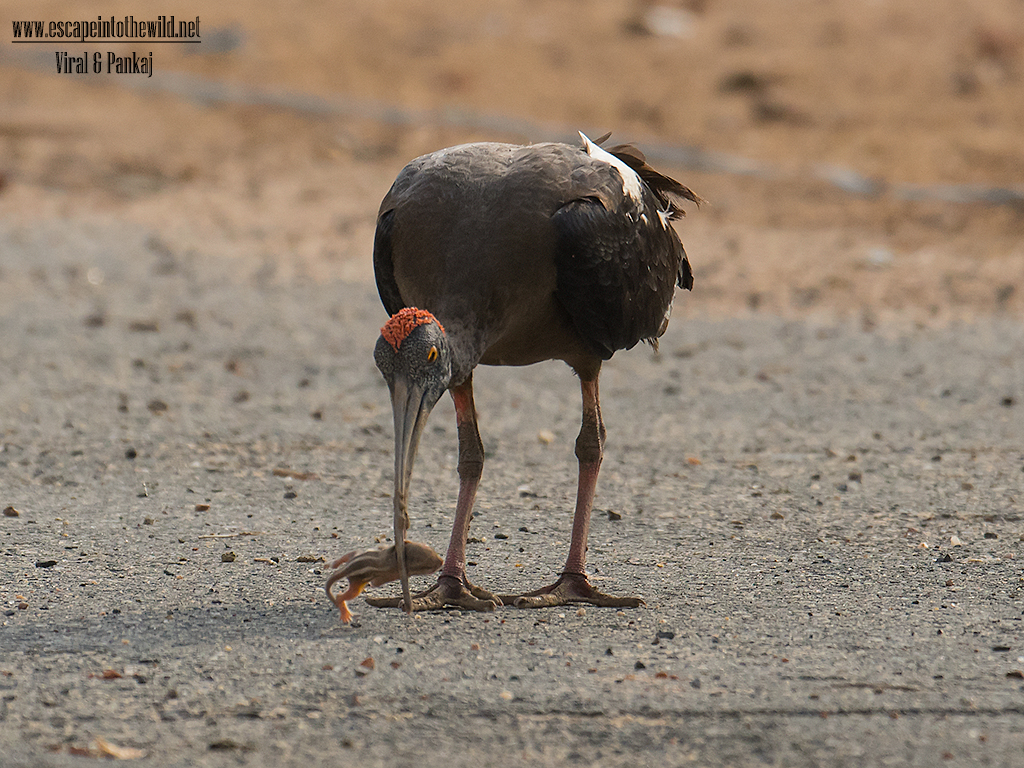 and swallow it in fraction of second. 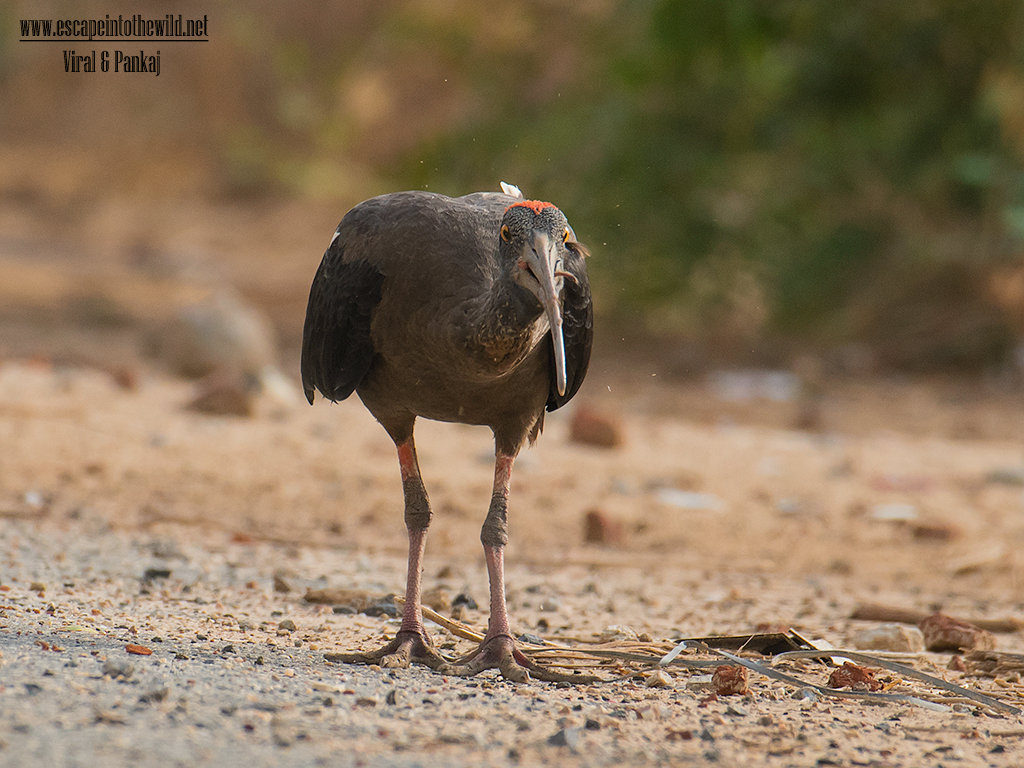 You can see video on following link :