By Pankaj Maheria October 30, 2017
We are at the Vadodara from exam of 1st year MBBS. I did my UG from Baroda Medical College so I am very much excited about my visit to the Vadodara. We get to know that Black Shaheen seen in heart of city. It visits the one water tank regularly. 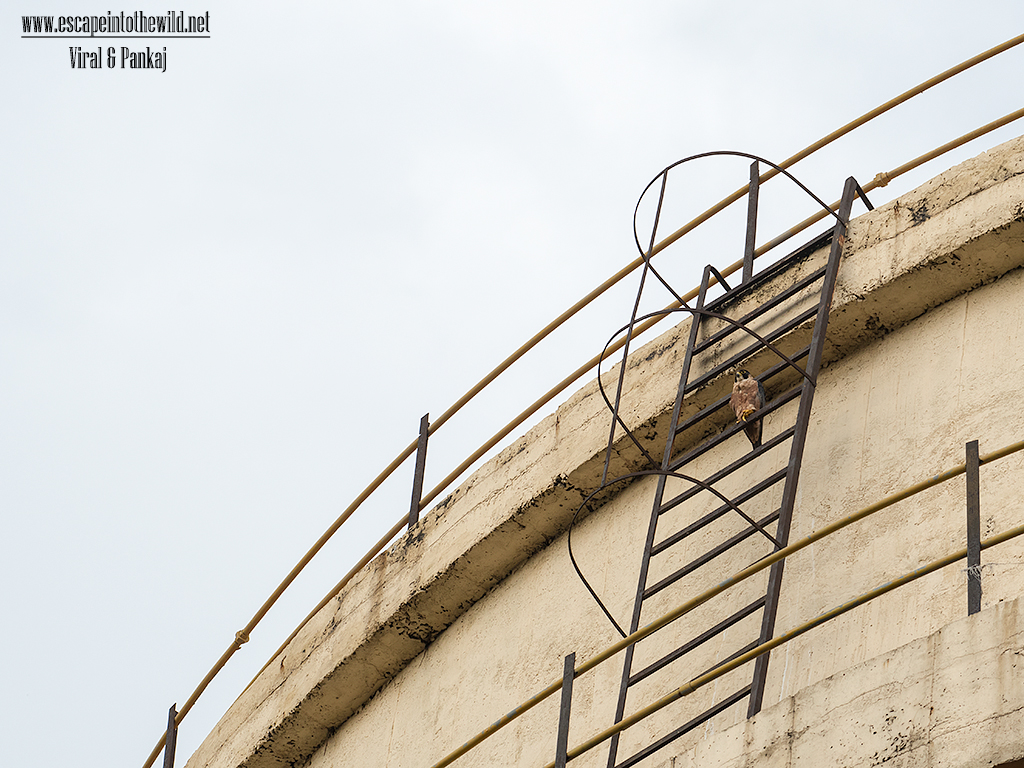 It was the roosting site for the Black Shaheen. We went there first but it was our bad luck and due to rain, we did not see that. After going to my friend home, while coming back to my room where I stay I try my luck again. I went again at that place again. This time my luck favors me. I saw Black Shaheen roosting on rail of tank. 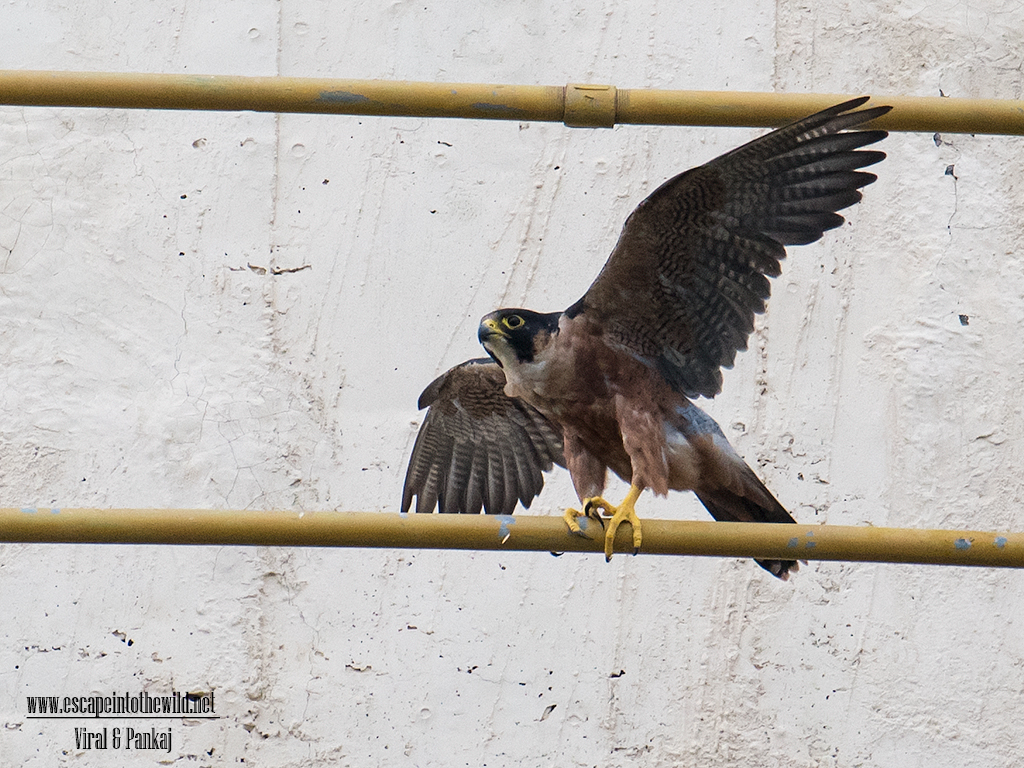 But it flies way soon. But after sometime it come back and roost for long time and give good time with it.  Here it my first Black Shaheen. 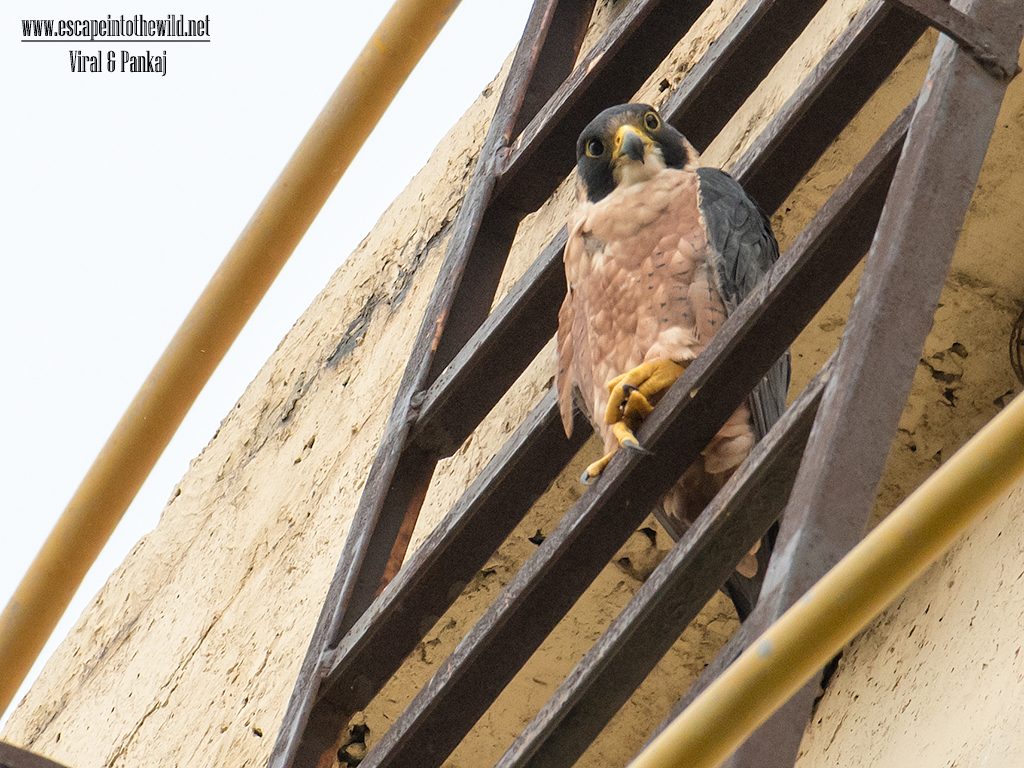