By Pankaj Maheria August 23, 2017
Yellow-wattled Lapwing is permanent resident in our region. Here they found in open fields, scrubs and dry patches around riverbed or canals. They prefer deserted area as habitat thus called ‘વગડાઉ ટીટોડી‘ - Vagdau Titodi in Gujarati language. They are unmistakably stand out with their black cap and bright yellow fleshy lappets. Usually they are less noisy than Red-wattled Lapwing, so we mostly notice them during their breeding season- chiefly April to July. Like other lapwings and plovers, they are ground birds, laid eggs on ground. Although its nest is look like just a collection of tiny pebbles and scrape, but this lapwing disguise their nest so carefully that only experienced birder can hope to find it. 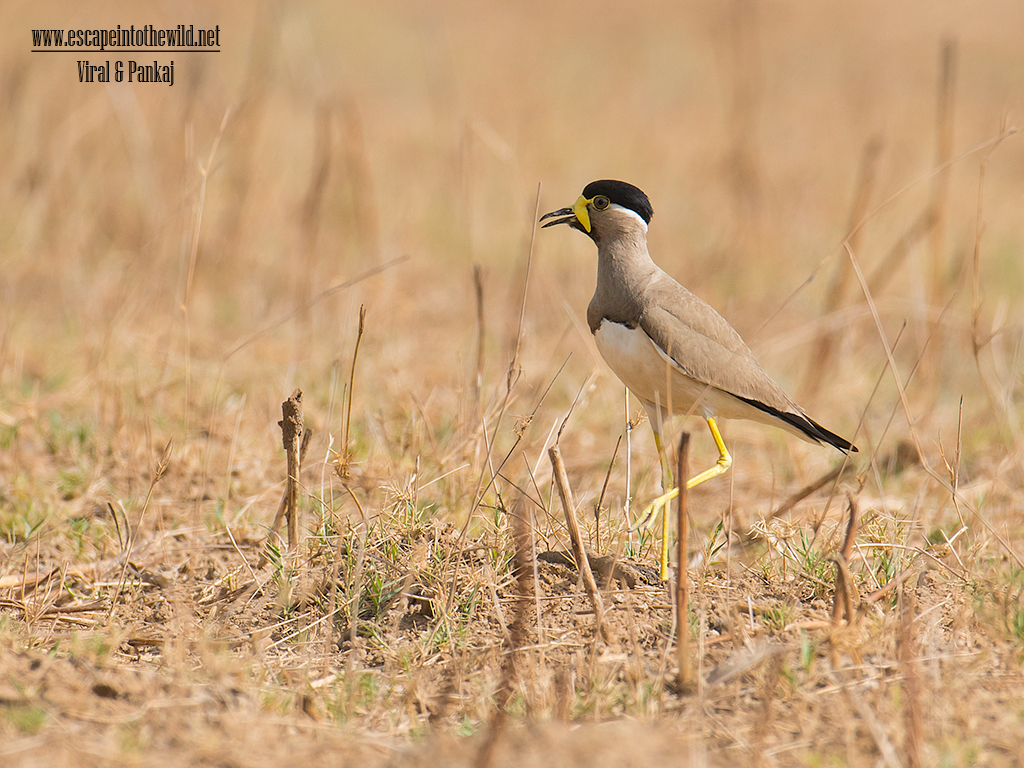 We observe this lapwing in one of the canal visit. Pair of them become instantly became alert when we stopped by. We understand presence of their chicks which are just beside the road highly camouflaged within scrub. There are two of them. Chicks looks too fragile and too cute. We wonder how they can following their parents to forage for food...! or maybe they came this far to drink water. We unable to stop ourselves from taking some quick shots. 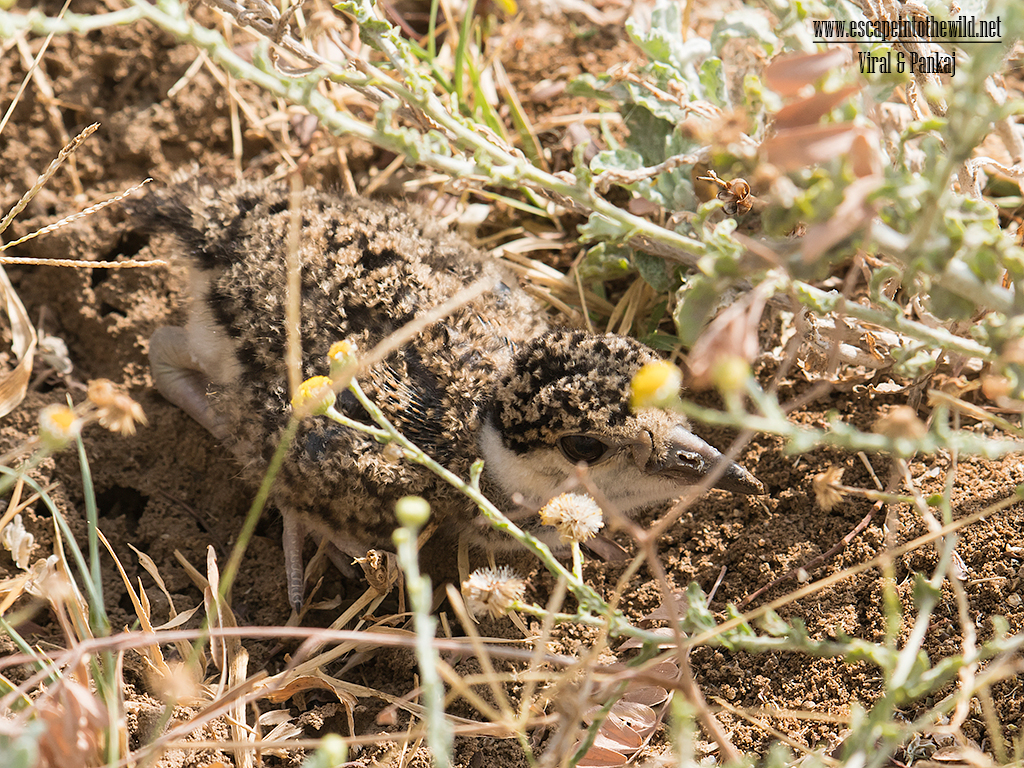