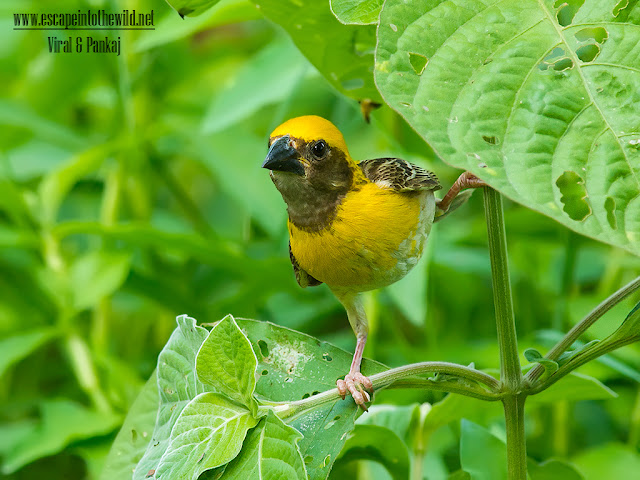 Weaver is master builder of nature. There are three types of weaverbird generally seen in Gujarat. Baya Weaver is most common among them. During nesting season, we can catch them at many places. While coming back to Patan from Ahmedabad on our favorite road we saw them. The way it manages itself on two twigs - just recall the stunt of Ajay Devagan from ‘Phool aur Kante’.