We went to Nal Sarovar Bird Sanctuary for photography of White-winged Tern. It is generally found in Nal Sarovar during this season.  When we reached to our destination, there was sudden change in atmosphere, its look like fair chances of heavy rain.  Still we take chance and decided to go for boating. On the way to boat we saw the Black-tailed Godwit near the shore. It was in its breeding plumage. 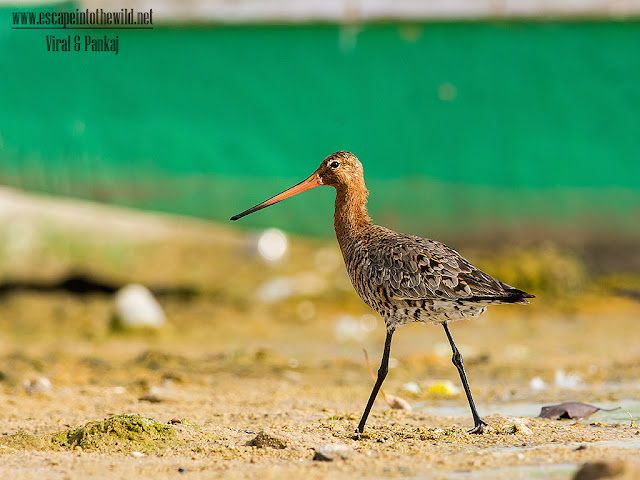 The black-tailed Godwit is a large wader with long bill (7.5 to 12 cm (3.0 to 4.7 in) long), neck and legs. During the breeding season, the bill has a yellowish or orange-pink base and dark tip; the base is pink in winter. The legs are dark grey, brown or black. The sexes are similar, but in breeding plumage, they can be separated by the male's brighter, more extensive orange breast, neck and head.

Black-tailed Godwits are mostly monogamous. A study of the Icelandic population showed that despite spending winter apart, pairs are reunited on their breeding grounds within an average of three days of each other. If one partner does not arrive on time, 'divorce' occurs.